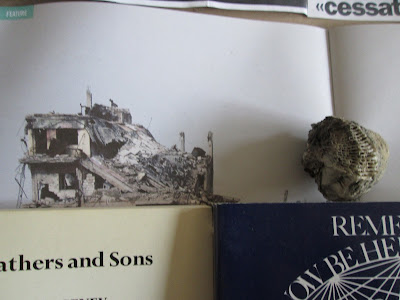 Posted by drosspriddle at 2:40 AM

THURSTON HOWELL III is the glory of the morning!

THE MORNING OF THE MAGICIAN

Comb your hair out WHIZ style and walk around calgary dressed like an orange. Wear a papier mache orange costume. Elf shoes and orange or green tights.

To the creep with facial hair and white hat driving the black sedan with custom roof spoiler, plate 666. Turn your fracking car stereo down!!!!

Conservatives are all up in arms against political correctness up until the moment that you say something that offends them. You don't mind if I make some jokes about Ronald Reagan's tragic death from Alzheimer's disease do you? How about some jokes about abortion, Christianity, or George W. Bush's intellect?

Have we forgotten how she "did not" invest one thousand (1,000) dollars in cattle and in ONE WEEK earned 100,000, That is ONE HUNNERT THOUSAND DOLLARS! She is a TOOL of the BIG BANKS as proven by her HALF A MILLION DOLLAR PLUS speech fees to these groups, and by the amount of CONTRIBUTIONS from them and BIG OILY! The worst part of her being elected is a GUARANTEE to the BIG BANKS of NEGATIVE INTEREST RATES! She will appoint a secretary of the treasury and they will move to NEGATIVE INTEREST RATES! What follows after that? ALL DIGITAL BANKING! NO CASH, NO PHYSICAL GOLD OR SILVER, NO LEAD OR COPPER, this will create a huge BLACK MARKET where people who did not fall or knuckle under to BIG DADDY/LADY retained some physical assets other than PAPER MONEY! If you are not paying attention, I advise you to do your homework. This is not a conspiracy story! We will see a 1 to 5 percent negative interest rates, MEANING ( for those of you napping) that you will pay the banks that percent on everything you have in the bank per month! So, in order for this to work fully as THEY wish, physical money will have to disappear sooner or later! Only the Mega Rich and Mega Corporations who are on the GOOD LIST of THEM will make money! They will (as always) be exempt! I encourage you to read about NEGATIVE interest rates.

The next day, William finds the stable destroyed, the goats drained of blood, the twins missing, and an unconscious Thomasin with bloodied hands lying nearby. William is then gored and killed by Black Phillip. An unhinged Katherine attacks Thomasin who, in self defense, stabs her mother to death. That night, Thomasin speaks to Black Phillip. The animal replies and is revealed to be Satan who takes human form. After signing her name in a book, Thomasin wanders naked into the forest where she finds a coven of nude witches holding a Witches' Sabbath. The coven begins to levitate and a cackling Thomasin joins them, completing her transformation.

Howells do not associate with marginal types. They are quickly dismissed. Ross. You are an astute Canadian. You are of Howell stock. Do not fraternize with the help. That is the Howell Modus Operandi computer program. All is crepe paper. Just store window dressing. But the core of HOWELL is not at all of silly. Ross. You be a botanist. Clear the mind. Plants are not friends. Plants are food. Not to grow in your brain. The flesh is fed. Not shared with hitch hiking fungiss. Seriously. Ross. You know the HOWELL WAYS. Tisk tisk on those who do not believe in HOWELL. Ross. watch the film BOYS FROM BRAZIL. What does the English kid say when he answers the door? I TOLD YOU, YOU ASS. WE ARE NOT AT HOME.

Debbie is 1000% right. To me, Trump is only campaigning as the clown to ensure the people have the illusion that Hillary's been elected. Mainstream shows a lot of Trump to scare the hell out of voters, then they take a few seconds to vilify Bernie and ceaselessly broadcast poor, little Hillary (who'd cut your throat for a dime). When Cheney backs Hillary, of all candidates, and Bloomberg threatens to step in should Hillary (not Trump) lose...you know who to be frightened of winning. She's the puppet.

At his final event in Oaks, a rare group of protesters showed up, standing in the back and largely out of sight. While the small group wasn't disruptive to the senator, they held up "Make America Great Again" hats and a pro-Trump T-shirt.

Twenty-year-old college student Griffen Pasik was in that group that he says was there to peacefully protest.

Pasick told the newsletter he thinks Sanders "seems like a decent person," but said he strongly disagrees with democratic socialism and the candidate's proposals. While he agrees that "people should be passionate about who leads our country," Pasik said the mood at the rally was hostile toward he and his friend.

"I knew we were going to get a little bit of backlash, but it was a lot worse than any of us anticipated," Pasik said.

"People were calling us racist, calling us bigots, saying we were sexist," he recalled. "I probably have more black friends than white friends. I was caught off guard because these people don't know me."