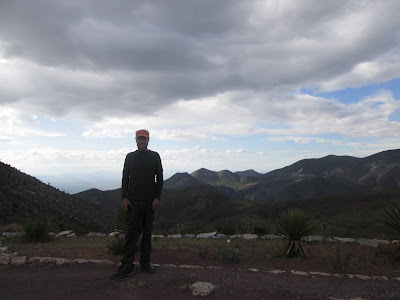 Posted by drosspriddle at 5:42 PM

Ross BE keepin' it real.

Men with thin arms and tahtools are not close to being an intellect equivalent of Ross Priddle. Despite Ross' stylized portrayal of being HIP LEFT his INNER CORE is pure HOWELL. Ross would clean the toilet for three days if bob dylan used it in his apartment. He would feel gross and have contempt that bastard used his THRONE. Despite listening to bob music a poop on the throne is the red line in the sand. Ross knows his core is HOWELL. It is all about the FIAT X/19 door handles.

Ross only gets RRRRRRITCH off these liberal babies.

Ross. Comments. Favorite parts of things I send you. Topics to review. You are of Howell. You have over riden your canadian EH sound. You are now the GOLD STANDARD which is HOWELL.

ALL LIBERAL THOUGHT ON EVERYTHING IS THE ONLY CORRECT. Rub it on your privacy. It is god. Liberal YES means god. Rub it on your privacy. Love all liberal pronouncements of what is YES. Creamy. Dreamy. Liberals have all the answers. The only correct know it. Perfection is love making liberal way. God is liberal orgasm. The rush spurt of liberal orgasm is the only god.

All liberal sex is god! The only good. ORGASM! SEX! Liberal. Liberal. AH!

Sell everything you own and help at the soup kitchen. Read Karl Marx. Learn who to blame for evil self centered capitalist greed. Rub your genitals and imagine you are transgendering.

LIBERAL is god. He is transgender and loves liberal self in multiplex sex feed. Rubbing is transgender god liberal 24-7-365. Focus on transgender sex. Not gay. Not straight. BOTH! All nude rub in the rainbow quilt of pleasure which is liberal. Only liberal is good.

There is no GOD. Only LIBERAL AGENDA. Rub. Love your body post op transgender. It is good. It is who you are.

TRUMP against open public love in the streets. Men wear leather because it holds up best in sweat. Trump needs to embrace leather. He needs menz not MRS. DOUGLAS from GREEN ACRES. What he be thinking?

Transgender and dress and look like hillary. She is the new standard for beauty in our transgender transitioning society.

How to write like the Noo Yawk Times: "Afghan with an axe runs amok on train – axe-wielding Afghans hit hardest."

Ross, did you know I get a SSI disability check for being a retard? That's how I survive.

I really like processed meats, smoked, salted, canned, it's all good.

A sexy man. Sightings of a shirtless Justin Trudeau, the King of the Dominion of Canada, are causing something of a stir across Canada … and internationally this summer. I want to touch myself when I see these images. I want to cover him in maple syrup and slowly, slowly, slowly lap it up. The 44-year-old Trudeau took office in November and carries one of the most famous names in Canadian Royal history. His father was King of the Dominion of Canada for the better part of 16 years, between 1968 and 1984, and remains the only Canadian who is recognized in these United States of America.

The American College of Obstetricians and Gynecologists (ACOG) published Committee Opinion No. 378: Vaginal “Rejuvenation” and Cosmetic Vaginal Procedures (2007), the college’s formal policy statement of opposition to the commercial misrepresentations of labiaplasty, and associated vaginoplastic procedures, as medically “accepted and routine surgical practices”. The ACOG strongly doubted the medical safety and the therapeutic efficacy of the surgical techniques and procedures for performing vaginoplastic operations such as labiaplasty, vaginal rejuvenation, the designer vagina, revirgination, and Gräfenberg Spot amplification, and recommended that women seeking such genitoplastic surgeries must be fully informed, with the available surgical-safety statistics, of the potential health risks of surgical-wound infection, of pudendal nerve damage (resulting in either an insensitive or an over-sensitive vulva), of dyspareunia (painful coitus), of tissue adhesions (epidermoid cysts), and of painful scars.