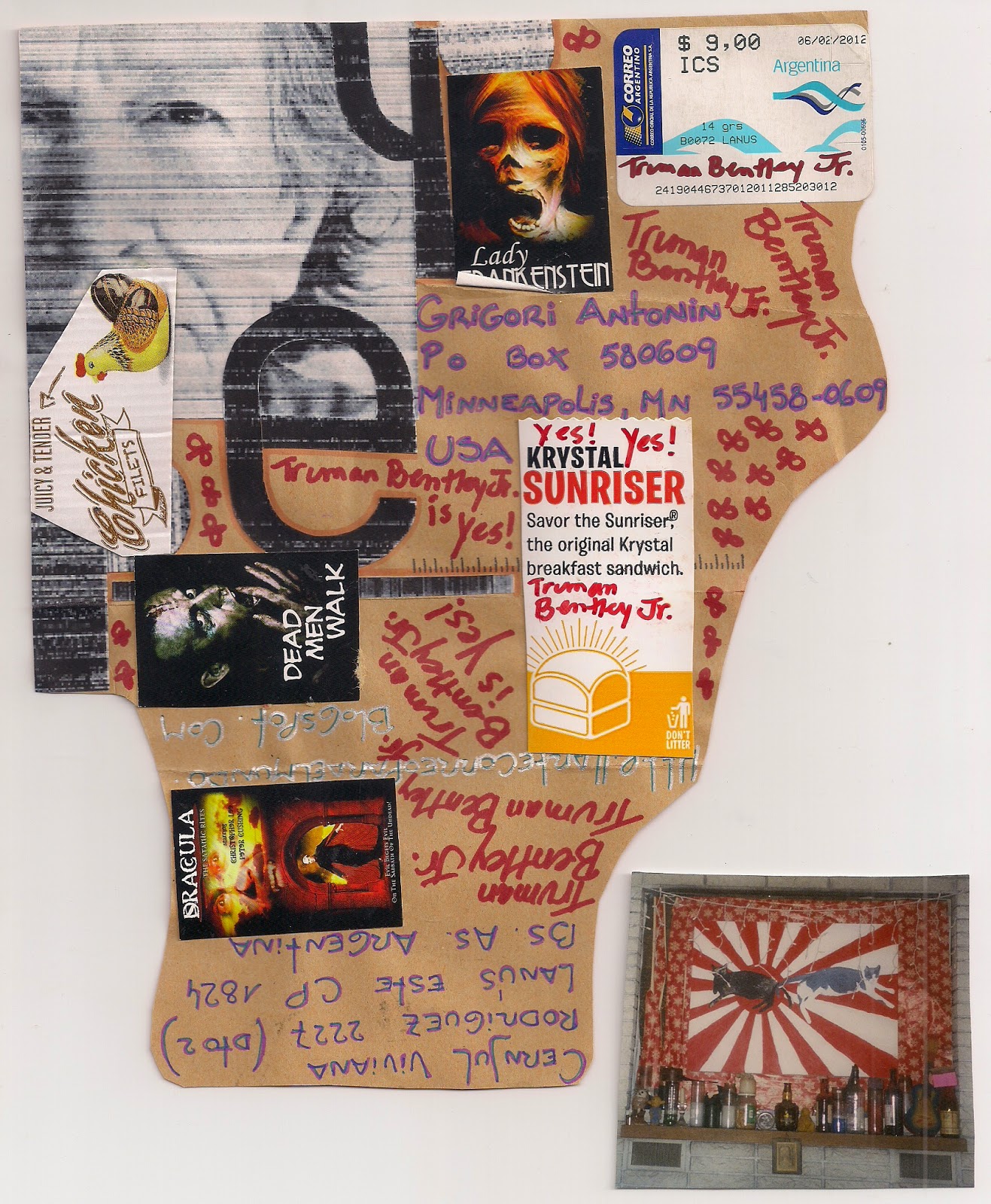 Posted by drosspriddle at 11:42 PM

John Cage is dead, and I'm OK with that, I'm dealing with it, I'm not callous but I don't dwell on it, he's dead. His silence is lasting longer than 4'33", it's forever, eternal, unending. Mourn if you wish, it will change nothing.

But TRUMAN BENTLEY JR lives, rejoice in that, believe in his TRUMANITY and you shall live and be loved for all time.

So, let's just pretend that we are all stuck in little pods which are plugged into a false consciousness that we can all interact with. This false consciousness is being ruled and programmed by a controlling force that we can't see. One day a person finds a glitch in the system and decides he would like to unplug and live in the real world. He tells others in the false world of this, but no one believes him and they persecute him for speaking of such nonsense. He knows that he can't tell others and have one of these others to unplug and then ask them that once out, if they would find him and unplug him from the other side. The man knows he must awaken himself. This is a really good example and absolutely has nothing to do with the movie "Bride of Chucky" if it sounds anything like this movie, it is absolutely a coincidence.

A goon king. One similar to the king of kings but has added goon-like powers. A goon who outperforms all others in life no matter how awkward or foolish heshe may behave.

Cheth: "Whoa! Who is this goon? I've never seen ham before."

Bront: "I don’t know, but he has the ability to swing any lady, solve any logical problem, feed any starving family, and bring peace to any society while acting like a donkey at the same time."

You work at a convenience store in the choad. You are so nice; I get the bad boy vibe from you, but you seem to have a kinder softer side too. Also, tattoos, plugs, AND a beard, my kind of man.

My guess, as it is all a guess is that they sit in their stained underwear. smelling of weeks old sweat and coffee/cigarette goo... They hate and hate and are so filled with hate that they are pickled and leathery.

Your body is the foundation of formless human observation

No. YOU are psychologically emasculated because FRANK TITHERS had a ball scholarship.