i don't have a scanner

but dan waber does!

thanks for posting all this, dan!

hmmm, maybe i should annotate it...
Posted by drosspriddle at 9:07 PM 1 comment:

a stash of small press goodies from derek beaulieu

derek crossed the street yesterday and brought me a handfull of smallpress odds & ends:

1) The City is a Brain (a dialogue) by Norman Chadwick. Martin Garth Press, (2nd edition, 96 copies) March 1997. It's sort of a little big book: the dimensions are only about 1.5 X 4.5 inches, but it has 74 pages! (actally 148 pages!) it's sort of haiku-like poetry snippets that go back and forth (the pages work towards the centre from 1 to 37 in both directions) some of it's pretty dark, but punchy!

2) 1995 smallpress bookfair directory (toronto) amazingly well done little booklet (#321 of 302 copies (or so it says) (about 44 pages) (green ink) & here we learn (among multitudinous other facts) that Martin Garth Press was: d.m. owen, norm chadwick, cathy davis, rick smith & vince zambrano (although the address given looks to be that of Nicky Drumbolis (AKA Arthur Cravan)

3) "MORRISSEY" by David Donnell. this is a poem printed on the back of a book of matches! (in mint condition!) from the National Book Festival, 1985! this also looks to be a LETTERS (aka Drumbolis) production.

4) "[works in progress]" by eric moschopedis. little 16 page chapbook of revisions of one poem. i think this is a calgary production. no date, but...

8) "CITY" C.J. Martin. nicely done little handsewn chapbook with 4 poems on nice thick woven paper. i don't think this is the press, but it says: "Astra Castra/ Numen Lumen/ VIGILANCE" : no location or date given.

19) "AT TA : Rudiments" Max Middle (Puddle Leaflet, Ottawa, 2007) (i think i might have this posted somewhere else on this blog?)
Posted by drosspriddle at 3:51 PM No comments:

I'm on the poetry collective! (and have been for the last couple issues! although you might not detect my presence quite yet!)
Posted by drosspriddle at 5:58 PM No comments:

just wanted to elaborate on a couple previous notes:

re: Lee Thorn : he's hit his ten year anniversary with his little 'zine that could: FUCK! congratulations! and amazingly enough he's actually been paying cold hard cash to his poets & artists! to the tune of, get this: 12 grand! no word of a lie! if you think you got what it takes to be a FUCK! contributor send him your work (and subscribe too!) at:

ALSO, I mentioned Nod (that's got a long "o" as in Node, eh?) magazine: Issue 7 has work from Louise Bak, Jonathan Ball, Jesse Patrick Ferguson, and many more. They can be reached at: nodmagazine@gmail.com (special thanks to the editors: Bronwyn Haslam & Ian Kinney!)
Posted by drosspriddle at 7:20 PM No comments:

if i had a really big scanner i would show you this cool thing i got from Ryosuke Cohen: it's a couple of his Brain Cell Fractals glued together and then used as background for a silhouette painting. I don't know who it is though, a self-portrait maybe?

i'd also like to record some of the other developments that have taken place in and around the mailbox:

*) also was very pleased to hear from Michael Mann aka unarmed 'zine. UNARMED is indeed alive and well! (even if they have left the web!) As evidence they send UNARMED #57 (28 pages) with poetry (visual and otherwise) by jwcurry, ficus strangulensis, scott helmes, john m bennett, scott macleod, jim leftwich, clemente padin, john barlow, and plenty more! i think these a basically free (at least if you live in the Twin Cities, is it?) but you might want to send a dollar to:

8) plus, in the "we never get tired" dept. i got four mailings (7 or so chapbooks from Mark Sonnenfeld (& his many collaborators) keep on truckin' Mark!

9) plus, in the same dept. i got four mailings (four issues) from Dale Speirs (OPUNTIA) (I should tell him I'm here in Calgary!)

!) also, very excited to get published in NoD journal out of the Univ. of Calgary! amazing cover! contents look to be fun too! thanks!

)) aslo, was very thrilled to get my copies of the broadside that Joseph Keppler (aka poets.painters.composers.critics.sculptors.slaves) did for me. Thanks Joe!

***) plus, derek beaulieu has been very busy as of late: his Flatland has come out through Information as Material. plus he's got a new little chapbook in the Hell Passport series: Perro Verlag. plus: three new things from his own No. Press: "You are a Pipe." by Eirikur Orn Norddahl (pardon my lack of diacritics) & "An excerpt from KANADA..." by Jonathan Ball & "decalcomania" by Tim Gaze!

****) not to be outdone, Rob Mclennan has been going wild with the photocopiers at the U. of A. and sends two new issues of The Peter F Yacht Club (#8 & #9) with poetry by Laurie Fuhr, Max Middle, Jesse Ferguson, and many more! PLUS: rob has started an "Alberta Series" (#s 1,2,3) of hefty little chapbooks by himself, George Bowering & Christine Stewart!

888888) laps but not leaps: derek leant me a copy of Shadowed Truth by Andrew Topel & Jim Leftwich published by Otoliths: blog this book though: full colour and very crisp reproduction! hmmm, it's a LULU!

anyway, over and out for now, i need food! 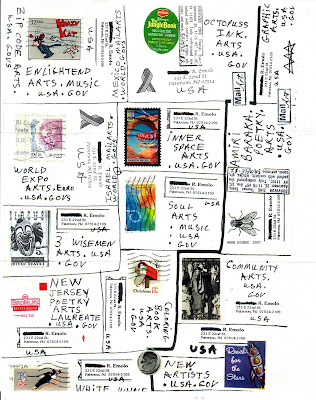 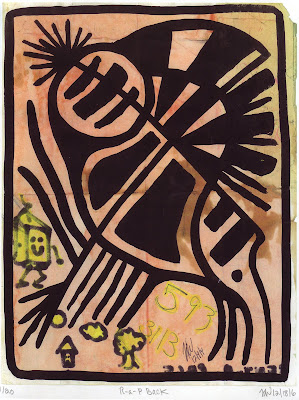 Joki X Wilson
Posted by drosspriddle at 1:19 PM No comments: 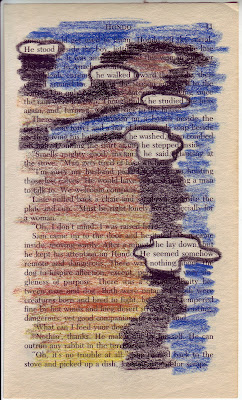 Dan Waber
Posted by drosspriddle at 1:18 PM No comments: 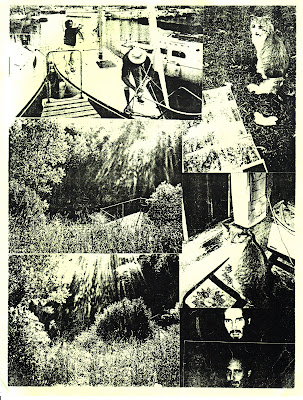 John R. Barlow (cover of Riverspine 8)
Posted by drosspriddle at 1:15 PM No comments: 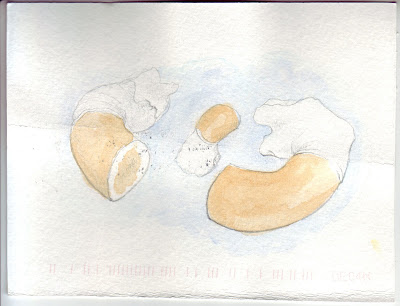 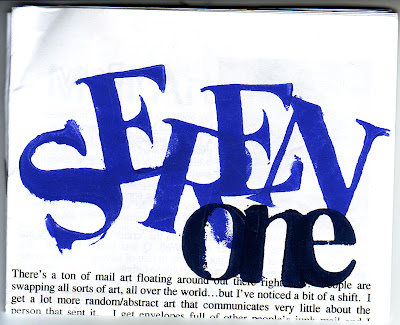 
SEREN
Posted by drosspriddle at 1:11 PM No comments: 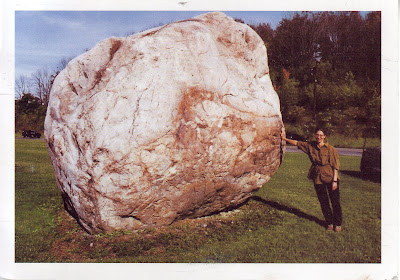 MAHADY GALLERY
Posted by drosspriddle at 1:07 PM No comments: 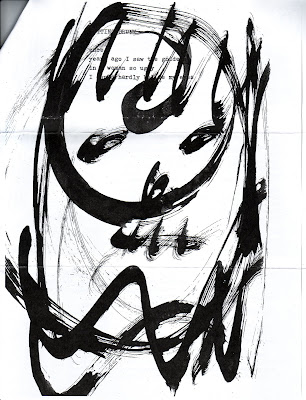 Billy Jones (courtesy of Lee Thorn)
Posted by drosspriddle at 1:05 PM No comments: 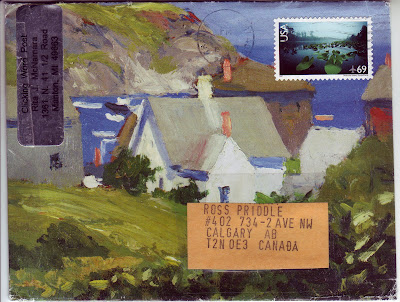 R.F. Cote
Posted by drosspriddle at 1:02 PM No comments: