I also heard from Michael Basinski:

they're threatening to renew their subscription to my zine (gar) (which means i might actually have to produce a few more issues!

plus i got the latest issue of Lee Thorn's zine (vol. 11, #4) which includes plaintext & rubberstamp work by Joel Lipman, plus "Dueling Poems" by Antler, Dave Church & Thorn himself. I didn't get a chance to scan a sneak peak for ya, but i did zing off a few bootleg copies (I hope Lee won't mind!) which i'd be willing to send to anybody who might be interested: just drop me a "dibs" at: ross_priddle@yahoo.ca and let me know where you're at

where are you at?
Posted by drosspriddle at 10:58 AM No comments:

this is the real stuff,
computerized reality, bend
day dots, working from the
real, art takes precedence,
when is news not news, looks
fat but, pink lady whip,
chunk of reality, plenty to
chunk about, manage to get
the address down right,
Posted by drosspriddle at 4:32 PM No comments: 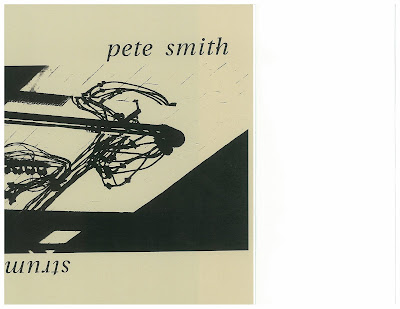 rob mclennan sent me a stack of his recent productions:

"the curse of canada" by gregory betts (32 page chapbook!) greg has a blog too. LINK

here
here
here
Posted by drosspriddle at 1:32 PM No comments:

plus: I went across the street yesterday to return a couple books (Drumbolis' "Millenial Report" & derek's thesis) & to actually buy a book or three! well, chapbooks i guess:

No press is thrilled to announce the publication


of a suite of chapbooks of conceptual writing

by ROB FITTERMAN and NAYLAND BLAKE

When I was 13, my brother gave me a copy of Hemingway’s The Sun Also Rises. It was my first foray into real Literature and I hated it. Even with little or no way to enter the novel, I dutifully slugged through it (I mean, what is cog-nak anyway?) Years later, I have returned to revisit the relationship. In this version, I have erased my way through Hemingway’s original text, leaving behind only the phrases that begin with the pronoun ‘I.’ — Rob Fitterman

My Sun Also Rises is a parallel companion to the The Sun Also Also Rises which translates my erased version of the Hemingway original into my own experience of moving to downtown Manhattan in 1981. — Rob Fitterman

In November 2007, I was invited to perform in the kgb Bar Reading Series. Having just completed the two Hemingway pieces, I was eager to perform them, but I needed a second voice, a Hemingway. Happily, Nayland Blake agreed to read the Hemingway part, and we alternated chapters. In the process of rehearsing and thinking about this project, Nayland suggested that he might write his own version. His text, Also Also Also Rises The Sun—a beautiful, minimalist version—further opens the possibilities for reading the piece and for dispelling the authority of the “original.” — Rob Fitterman

Produced in editions of 60 copies, these 3 chapbooks are available only in tandem with each-other (in numbered editions) for $25 (postage included).

Flanked between Shell Oil and Mobile Oil gas stations, Robert Fitterman was born in 1959 in Creve Coeur, Missouri—a rinky-dink suburb of St. Louis. Several of his books are collaborations with visual artists, including war, the musical with Dirk Rowntree. He lives in NYC with poet Kim Rosenfield and their daughter Coco. He teaches writing and poetry at NYU.

Nayland Blake is an artist, curator, educator, writer and investigator who lives and works in Brooklyn, New York. His work is represented by Matthew Marks Gallery New York, Fred London, Gallery Paule Anglim San Francisco. Since 2001 Blake has been the Chair of the International Center of Photography / Bard Masters Program in Advanced Photographic Studies.

derek also threw in a copy of his own "How to Edit" (Chapter A) the beginning of "an exhaustive record of every incidence of the word "edit" in the over 1100 different English-language texts stored at Project Gutenberg" (yikes!)

derek also let me make off with issue 21 of Carousel LINK (which has work by Billy Mavreas, Jason McLean, Mark Laliberte & plenty more!) & a couple of buttons from the POPNOIR series: LINK (of particular interest (to me anyway) is #17: gustave morin!
Posted by drosspriddle at 9:25 AM No comments: 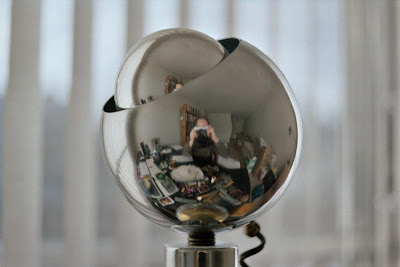 (this is actually the top part of one of Ted's artworks! (i think i have another image of it here on the blog...) 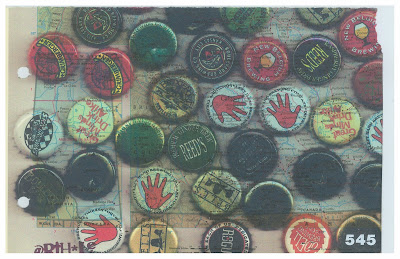 @RtH*Le is Boog's long running assembly 'zine. for more info contact him at:

Boog was(is?) the mayor of Lawrence, KS! (not a word of a lie!
Posted by drosspriddle at 1:11 PM No comments: 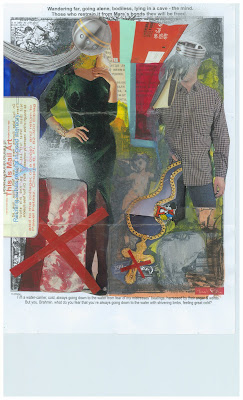 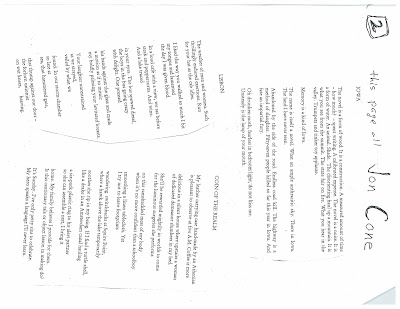 thanks to Lee Thorn!
Posted by drosspriddle at 1:14 PM No comments: 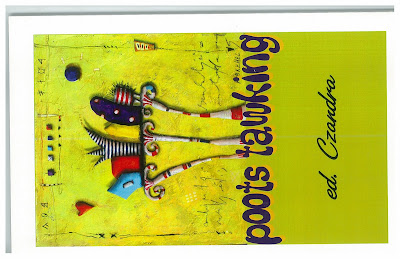 link
Posted by drosspriddle at 1:13 PM No comments: 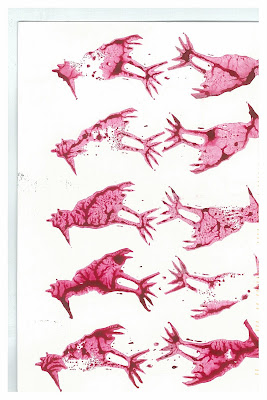 link
Posted by drosspriddle at 1:12 PM No comments: 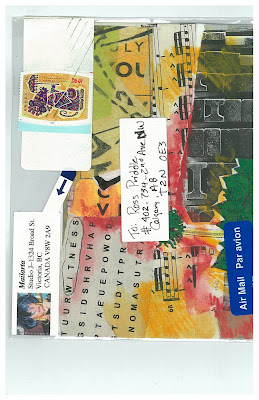 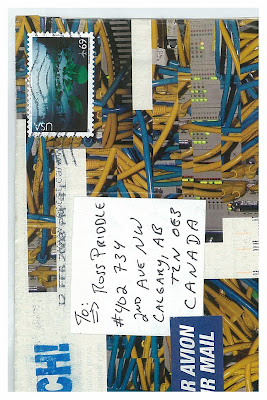 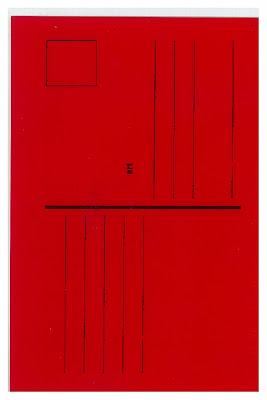 GRN
Posted by drosspriddle at 1:09 PM No comments: