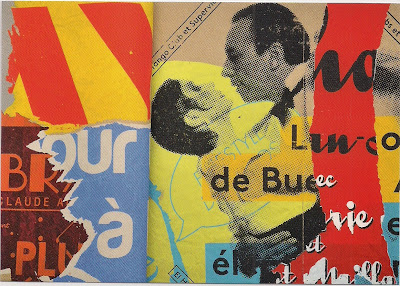 TRUMAN BENTLEY JR. IS YOUR MOTHER!

Like party crashers those who AREN'T have squatted their butts on the bar stool and say HEY, I'M AN ARTIST. But artists are Asher Lev. They are. Those who are not are like a NOTHING who decides to buy a HARLEY DAVIDSON and ride to Sturgis. They have the ZOOT SUIT and the DJ SHOES but no JIVE DANCE MOVES. They may be walking on campus but they aren't capable of passing a Trigonometry class. In fact, they don't meet the minimal requirements to even enroll. In fact they are just SCHOOL ON SUNDAY. NO CLASS. Graffiti is like buggars wiped on the wall above a urinal. Real art would be the chef prepared hands of the graffitinista prepared-sauted and served as CORNISH HEN substitutes. What Hannibal Lecter lacked in sanity, he compensated with refined decorum. Which is better art. The anarchist defecating all over scrawl on the walls of a restroom, or the anarchist who bulldozes the entire building. Which is better the artist. The one who smells of genitals or the one who sculpts a genital house in Bauhaus marble. In the Carney Circus world there are beings called LOT LICE. Men who fill the art world are living underneath the splyduhman plostuh they got when you buy two books from the Scholastic book fair in the fifth grade on the wall over the twin bed in the basement of they mommuh how. Wayne's World says this. A true artist never is. A true artist never is. A TRUE ARTIST NEVER IS. Because A TRUE ARTIST NEVER WAS. TRUE ARTISTS NEVER CREATE ANYTHING. Like TRUE PSYCHIATRISTS NEVER CURE ANYONE. TRUE ARTISTS ARE DEVO. THEY ASK THIS QUESTION. ARE WE NOT ARTISTS? ARE WE NOT ARTISTS? ARE WWWWWE NOT ARTISTS! Guess what. None of the above is smart. None of the above is good. None of the above has meaning or value. Why? Because I wrote it like that. When you are listening late at night. You may think that the chords are not quite right. But they aren't. And remember EAT RAW FISHES! NOT PORK AND BEANSES!

This song was written by TRUMAN BENTLEY JR. when he was in the fifth grade in 1946, at East Aampt-Avenue School, 1211 Buchanan Ave. Pratt City Pennsylvania. Truman attended school here and then went on to graduate High School in Repressed County. At the age of 18 he had his first SEX CHANGE OPERATION which turned him into a beautiful woman. Using a spray spritzer he has kept his unique Kangaroo Pouch fresh all these years. Truman also had both eyes relaced with hand inlain glass ones. He must use a socket salve to keep them fresh and slippery. Truman has three cats, a plaque collection he keeps in the holes of saltine crackers. Truman Bentley Jr. is a Brigadeer General in the United States Air Force, Retired. Recently he was not satisfied with his SEX REASSIGNMENT SURGERY so he had the bill and face of a DUCK BILLED PLATYPUS sewn onto his crotch area.