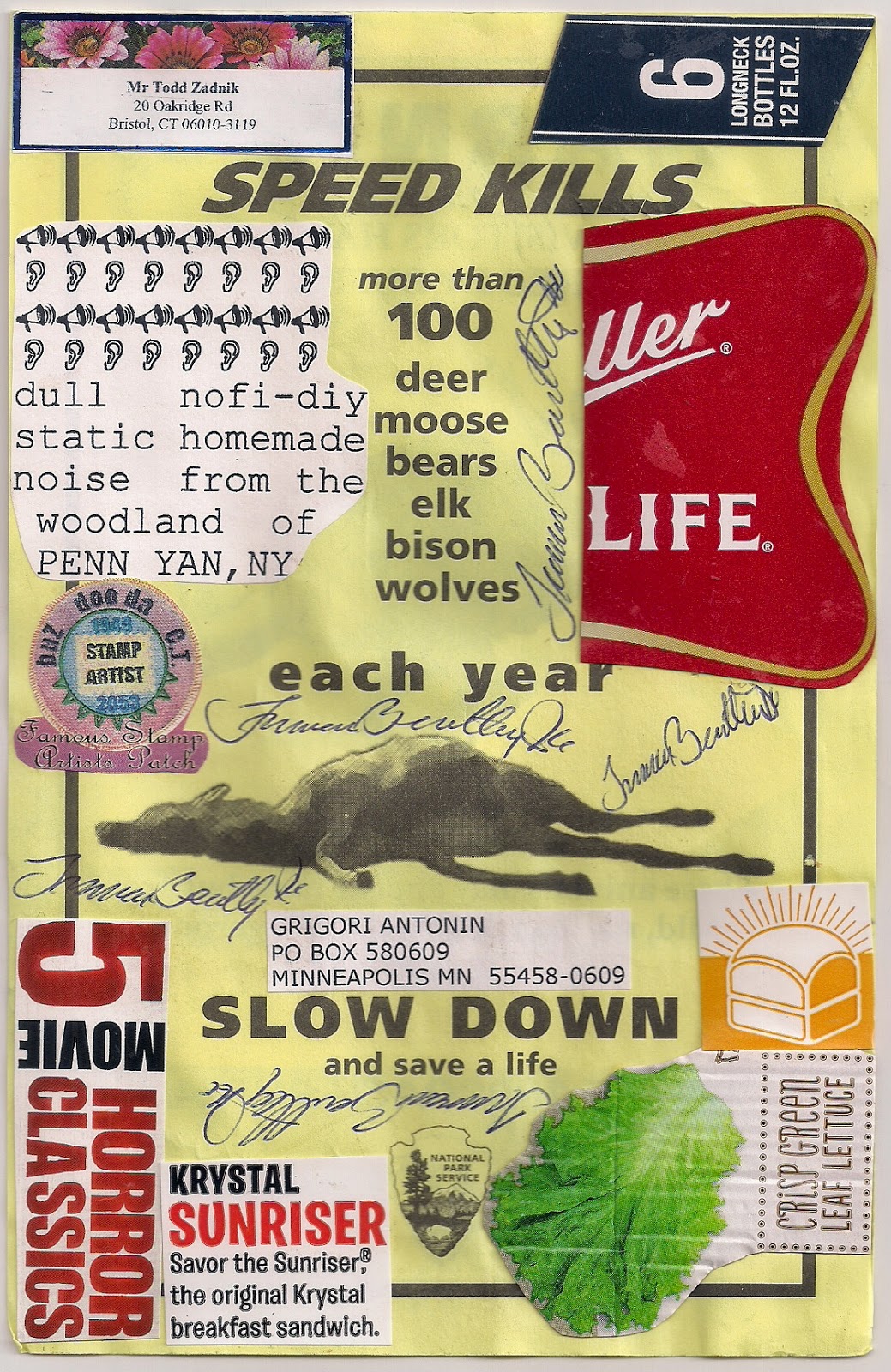 Posted by drosspriddle at 3:33 PM

I've quit yet another job

I think I had good reasons, but I've quit a lot

Been thinking about it a lot lately, and seeing there are positive sides to it

What would be some 2 or 3 dimensional possibilities for an image on the trophy?

WAITING! for your call.

Im in ooh, shiny mode and wearing my own ass out.

Want to go grab some coffee and chat? Hit me back.

By comparison, consider the work of the Japanese artist Kazuo Shiraga, who died in 2008 after becoming a Buddhist monk.

I saw him at the Gourgeous Dome in 82. Ok but lame, old , bored/boring. Yeah. Dig the Mothers - gotta pull out Live Fillmore East '71 every once in a while - Flo & Eddie rule! -- there's quite a bit of solo stuff I can hang with (Apostrophe / some of Over-Nite Sensation, and others) but his vocals and 'humor' can be lame -- every once in a while i can hang with Shut Up and Play Your Guitar -- as a guitar wanker I find Zappa way more listenable than Vai or Satriani or Yngwie. Nirvana were a game changer for me. I was 13 and lived in the middle of nowhere and it was pre-internet obviously, so I thought rock music was dead. When teen spirit debuted on headbangers ball it was (like) a revelation.

True story: The La Blanca's lived at and owned the house at 3001 Waverly Drive. Manson had attended parties with Phil Kaufman at 3267 Waverly Drive, a house that Harold True was only renting. Kaufman told LAPD that, "Manson had the La Biancas killed when he was looking for Harold and me. I had previously fallen out with Charlie over his music and he was after me." It was better to rent in this case.


It is interesting (to the knowing and knowledgable) that in the time that passed between his first recordings in fall of 1967 and the LIE album recordings in 1968, Charlie's skill at songwriting jumped enourmously. Charlie could write decent, interesting songs. But, after hearing his first recordings, its not hard to see why the various record labels weren't pounding on the door of Charlie's bus with hefty contracts waiting. The man's music just wasn't there yet - there were no entertaining gems like "Garbage Dump" or "Cease To Exist" that Charlie would record in 1968 (songs which became the LIE album). Charlie was obviously nervous at this first recording session and his performance suffers. PlusCharlie was obviously nervous at this first recording session and his performance suffers, but these first recordings do give a clue to Charlie's "gift of the gab" and his between songs banter is a rosetta-stoned monument of Charlie-speak. Still, there was something lacking...Charlie's recorded performances sounded too unpolished, too amorphous, not commercially viable in the mainstream of LA rock.

A Kennedy family insider: “Clearly Caroline’s greed knows no bounds. She has in­furiated family and friends. Frankly, they feel like she’s cashing in on the Kennedy family’s terrible tragedies and selling out Camelot.”

This is Laurence, Kansas, is anyone there?

Charlie is the tiger that ate SIEGFRIED AND ROY. Those who respect Charlie stay away from Charlie. After all HE IS A REFLECTION OF YOU. HE IS WHAT YOU MADE HIM.

'Electro-Magnetic Pulse.' When a large nuclear device is airburst at high altitude, a lot of electrical disruption can be created, principally with radios, communication systems, electrical wires, computers, cars, transistors. Of course, it's all theoretical. It's never happened ... yet..

Charlie had been traveling up and down the pacific coast with Lynette and Mary. Her father gave Charlie a piano, which Manson traded towards a Volkswagen microbus. Meanwhile, Charlie had his eyes on the young woman, and took her to Mendocino. While her father thought Charlie Christ like, her mother didn't appreciate her husbands new houseguests, and left to live with her sister. She first appeared on Earth in Canada in 1951. She first met Charles Manson in 1967, after her father(a former minister) picked Charlie up hitchhiking. Her father welcomed the three to his home and preached to them over dinner. When her father found out, he vowed to kill Manson. However Charlie calmed him down, introduced him to LSD, and stayed at his house for a few weeks.

Wild stories began snowballing in the tabloids and eventually leaked into more mainstream media outlets. Other than hearsay, hearsay-on-hearsay and rumours there hasn't been and there is not now extant any concrete verifiable evidence intoduced or published over the years to even suggest that Wojciech Frykowski was actually dealing drugs (as opposed to USING drugs). However, almost immediately after the Tate murders were discovered the LAPD and LA County Sherriff's Office began investigating the possibility of a related drug burn that they theorized had instigated the course of events. This was based upon the small amount of drugs consistent with personal use found on the property, toxicology reports and some rumors that Frykowski was getting involved with the distribution of a new drug then known as MDA.

I left the gym cause there were Meat Castles everywhere and I don't get down like that.

Person from Vancouver: You want to go smoke a joint and hang out on the beach?

Person from anywhere else: Sounds good, but I have to go cash a cheque at the bank first.

Person from Vancouver: Cash a cheque? What the hell is wrong with you? You must be from Toronto, you poor thing, such an ugly city with rude people. I hate Ontario, there's no good pot or drift wood there. Vancouver is the best, look around, this place is so much better than any other place in our solar system.

RE: Thomas Jefferson and Sally Hemings/ 50 Shades of Grey.
It’s a harlequin romance avant la lettre. Slavery seems remote and tangential to the centre of this "thing." The "relationship" begins, after all, in Paris, where Sally Hemmings is living as a free woman. Indeed, the fact that Sally Hemings was also the half-sister of Jefferson’s dead wife (did they resemble one another?) adds a Gothic frisson to the circumstance. What we have here is an entanglement between a servant girl and her older, wealthy, world famous employer, who is also a widower. Who held the true power in the intercourse between the two, was Jefferson actually a sniveling Baron von Masoch, or a pompous Marquis?

The BP EARL SPIH is great. All those yankee seafood harvesters can't get free picks and charge 24.95 for Red Snapper in their road houses. Day gots tuh fine real jawbs!

Gavin, Karen, Adrian and I arrived at the hotel with no idea of what we were getting into. Once we had purchased our Yukon Jack 'cocktails' we took our seats at the table and proceeded to listen to the rules.
Karen kept looking at the toe and asking anyone within listening distance "it's not real is it?".
Unfortunately I took a photo of the toe with my digital camera and proceeded to zoom in, "I think it's real, look!". Well no-one was listening they were just trying to understand the rules, most importantly the toe must touch your lips.
It had started. Gavin downed the Yukon Jack in a couple of gulps and caught the toe between his lips. He quickly transferred the hat to Karen and the toe into her glass. Karen took a gulp and the look of surprise on her face made one of my best travel photos. She did manage to down the fiery liquor and touch the toe to her lips. Hat and toe transferred next to my husband Adrian. He appeared to swallow the toe, it really did seem to disappear for a few seconds. My turn, I wondered if the others realised the toe was real. Yes, I downed the drink and managed to get the toe to the bottom of the glass and touch my lips.
Back in Australia our friends and family hardly believe we did the sourtoe cocktail. Our kids just shake their heads. They have alot to learn about living life to the full.