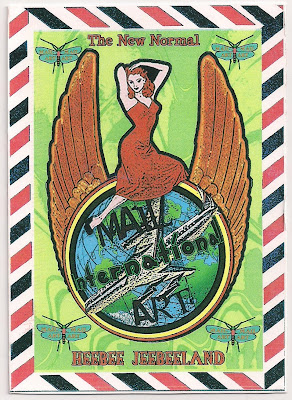 Woman in red, typical COLUMBUS GEORGIA INBRED FAMILIES MENTALLY ILL breeder. Women look like this who inbreed in Columbus Georgia creating Mentally Ill Families. The artist has created an accurate image. Columbus Georgia breeds Mental Illness as an art form using humans as a medium. Malcolm McClaren created THE SEX PISTOLS as an homage to this art form. Columbus Georgia truly believes MENTAL ILLNESS is an asset. Like how tribes tie booards to infant heads to grow long foreheads like the gods. Columbus Georgia is an industrial complex to breed people like in the famous film FREAKS. The Alma Mater of Columbus Georgia is the GABBA GABBA song from the film freaks.

Remember, "IN COLUMBUS GEORGIA MENTAL ILLNESS IS AN ART FORM."

If that little woman was the size of a little doll I would love to let her out of a jar running across a lawn to be scooped up by a hungry BALD EAGLE.

Good thing that woman is a cartoon drawing because if she was real she'd be a CHEESE HAWG.

Women are made from the rib of Adam. That's why they prefer RIBBED.

Geeziss really turns me on in that night gown he wears. I fantasize about getting ROUGH with the Lard Geeeziss.

All sweaty and dirty Geezzziss the nazarrrrrrene is pure BROKE BACK MOUNTAIN preaching his word from the sermon ON THE MOUNT. I LIVE THROUGH HIM WHICH IS IN ME! HA! GGGGGLOW REEEEE!

Geeziss got pulled over riding that DONKEY. He had a bottle of oil. And a net. Because he is a FISHER OF MEN!

Women need to do as CHAZ BONO and sew on that missing scrap. Why not have a quilting party and sew until complete!

Pick one with thick veins on it like Chaz did. Don't sew on a thin tooob.

Most women have thick yella toes of green dirt. They should be photographed and glued on the restaurant choking poster to be a visual aid to help people throw up.

Amy Winehouse can't get out of rehab now.