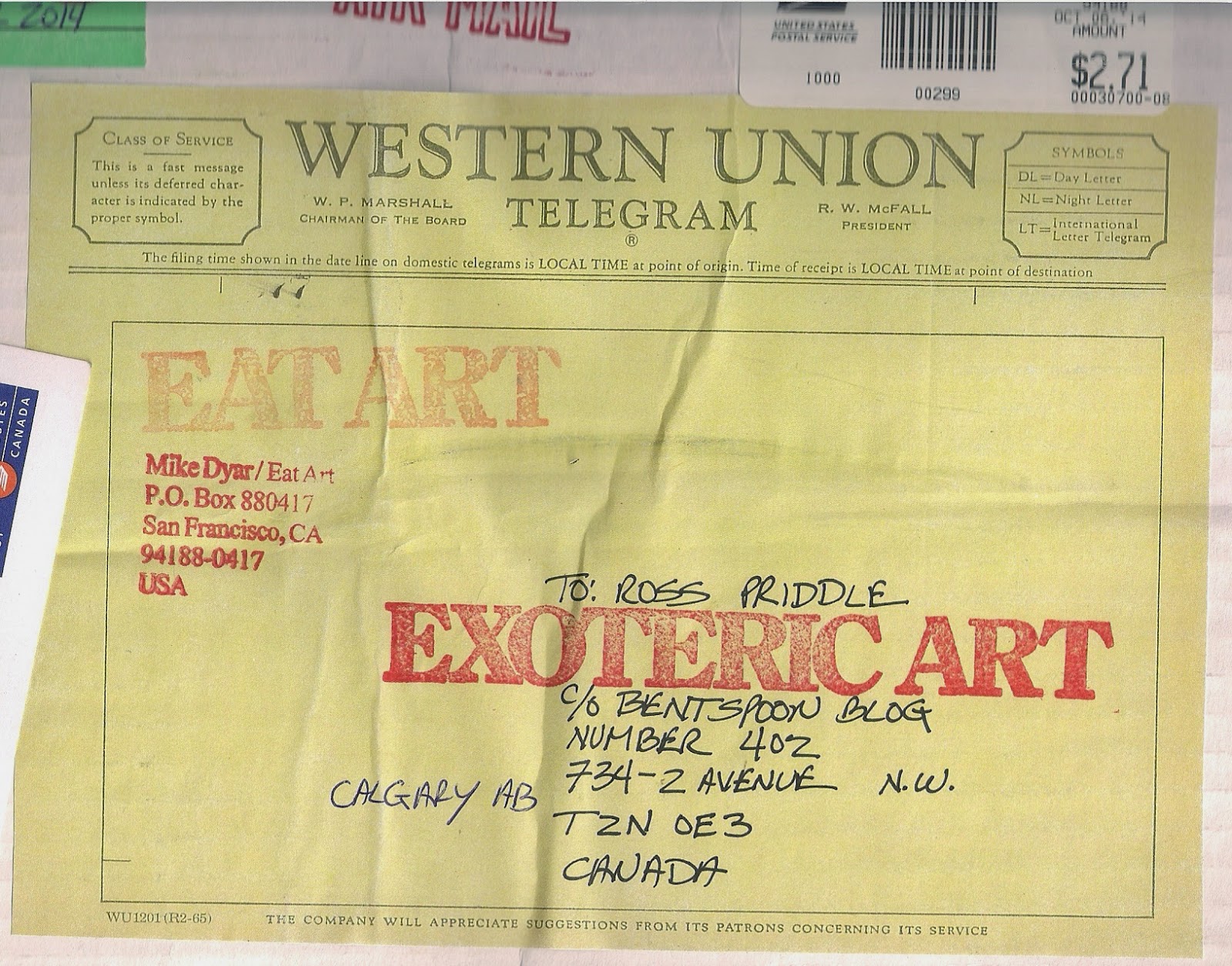 Posted by drosspriddle at 1:45 PM

All official and all. Makes me feel like I should wear a hat.

I think Missy is the 4th Regeneration of her new cycle, because Delgado's Master was actually the last of the original cycle, Pratt/Beevers is actually meant to be the decaying body of Delgado, who then steals the body/life force of Tremas, becoming Ainsley's Master. The actor who played the master in the TV movie, who is executed by the Daleks, is meant to be another stolen body (can't remember his name), which then leads into the Morphant/Master taking over Eric Roberts, who is then sucked into the link to the Eye of Harmony, supposedly killing him. Now we have the actor who is currently playing the Master in the Big Finish Audio series Dark Eyes (who first appeared in the audio UNIT: Domination), who reveals that the Time Lords brought him back as a safe guard in case something big went down ie the Time War, so this is the first of the new cycle. Then The Time War Happens, he runs terrified, uses the Chameleon arch to become the little boy washed up on that beach, thereby escaping the Time War. That boy grows up to be Yana played by Jacobi, who then becomes the Master for a very short while (2nd regeneration), then he turns into Simm's Master, who then gets trapped on Gallifrey in The End of Time and during the battle with Rassilon I reckon he regenerates into Missy around then, then finds a way off Gallifrey and out of the pocket universe. That's how I see it anyway.

Who is this CARL WIGGINS?

Republicans. The Bush bunch. They are of quality. They smile and say HEY, WE ARE ARRIVED! They are above others in correct THINKING. All those Or-e-gan university liberal social types. All into left theriums. Theeereeeims. Left Jane Fonda scalp itch. They are of no consequence matter. They are of no matter. Nnnnnnnew no. Uh uh. On the GONG SHOW they got booed. Gonged. Because LEFT is wet diaper. Capital Wall Street Exclusive Club Art Scene Halston is Gene Ahtay. Gene Ahtay. In the Skull and Bones only quality BESSERS are UBER. You see. UPPER MOJO is above left liberal neck-shanks. Cause Skull And Bones Owl Bohemian Grove gots ice in they's tumbluhs.

Norway is a liberal utopia.

When You Constantly Quote a Comedian , You Become the Punchline of the Joke .

What Does That Mean ?

You Become the Joke !

Kinda Like the Humanist and the Atheist Proclaiming Their Non Belief In the Word God and Then the Word God Showing Them With Words Proving They Are Godless and Intangled By God's Words !

It's Sooooooo Funny They Don't Believe In God's Words as They Use God's Words and Then a True Believer Takes Their Use of Words and Make Them Eat Them and There Crappy Meanings !

The Atheist Is the Grand Master of His Own Parade and His Float Becomes His Moat That Leads to a Mind Imprisoned by Belief in Nothingness !

Come On Peas the Word God Wants You to Rent His Words So He Can Teach You a Simple Lesson .

Eye Can't Wait to Expose the Non Believers are Filled With Non Belief Showing In the Ignorant Way They Lay in God's Words !

Playing With Non Believers Is Like Taking a Driving Race On a Seven Lane Highway and They Are Stuck In the Far Right Hand Lane in Their Brain !

Their Driving a Car With Just One Cylinder ( Their Brain) and Racing With Words Against God's Word Firing On All Twelve Cylinders !

They Believe the Fable the Tortoise Beats Just A Single Strand of God's Hair !

Why is Zuckerberg so bullish on singular identity? He says it’s to encourage people to be more authentic, and that the world will be a better place if everyone shares their information with anyone (Kirkpatrick, 2010). Given that Facebook’s servers are primarily constituted of data produced by the immaterial free labor of its members (Terranova, 2000), and that the monetary value of Facebook is the advertising usefulness of that data, it’s no wonder that Zuckerberg prefers extreme transparency. The financial future of his company depends on it. Facebook now delivers more ads than Yahoo, Microsoft, and Google combined (Lipsman, 2011). The more data they collect the more advertising dollars they can deposit (Manovich, 2008).

Was this featured on THE CORNY COLLINS SHOW?

NO bone. You you.

I have strong opinions about deactivating the account. It’s a total cop out. When I was on Facebook I knew two people who repeatedly deactivated their account and then reactivated it a few weeks or months later despite saying they wanted to get away from Facebook.

They still showed up on my friends list with a faceless but named photo.

Permanent deletion of the account is the only way to rid yourself of it. It’s scrubs you off completely.

You go through the deletion process which takes about 2 minutes. Google “delete facebook” if you need the link.

Then all you have to do is NOT log in for 14 days. If you do, the deletion is undone and you carry on as normal.

I found it wonderfully cleansing. That was about 18 months ago.

Your body grows through precious sensations.

Who is this Cavellini fellow? Why should I care?

DO YOU HEAR ME? DO YOU CARE? The classic lines from that punk rock gal in fishnets with a keyboard thing over her crotch. She was popular in the era of THE BUGGLES song. Find her name. Her band someone. Post it on here. For she was just dreamy.

Her name was Roberta Tigglesworth.

Remunda and Klusák invented the "Český sen" hypermarket and created a massive advertising campaign around it. Posing as businessmen, the two film students managed to persuade an ad agency and a public relations agency to create a campaign for them. Billboards appeared on Czech highways, and 200,000 pamphlets were distributed in Prague. A jingle was recorded, and there was a series of television commercials. The advertising campaign slogans were "don't come" and "don't spend", etc.

Still, the filmmakers succeeded in attracting more than 3000 shoppers to an empty plain for their "grand opening" on May 31, 2003. What looked like a huge building from a distance was actually only a canvas facade backed by scaffolding.

A Georgia-based pastor had his mind blown when he took a recent trip to Scandinavia and discovered, to his horror, that nobody hated gay people or believed God created the Earth in a week.

Pastor Marty McLain, who describes his religious belief as deriving from a literal interpretation of the Bible, was given the opportunity to see how secular Scandinavia is by a documentary series called The Norden. The concept is simple: find narrow-minded Americans and throw them into countries like Norway, Sweden and Denmark and watch them have panic attacks. It actually sounds like a lot of fun.

McLain wanted to use his time in the north to explore how Scandinavians worship God. Unfortunately, he soon discovers that most of them don’t.

McLain, who’s favorite expression is “wow,” is wowed a lot. Almost no one he talks to on the street seems interested in God. One guy puts it bluntly: “If there is no god, why should I believe in him?” Ouch