i wanna ride the pony? 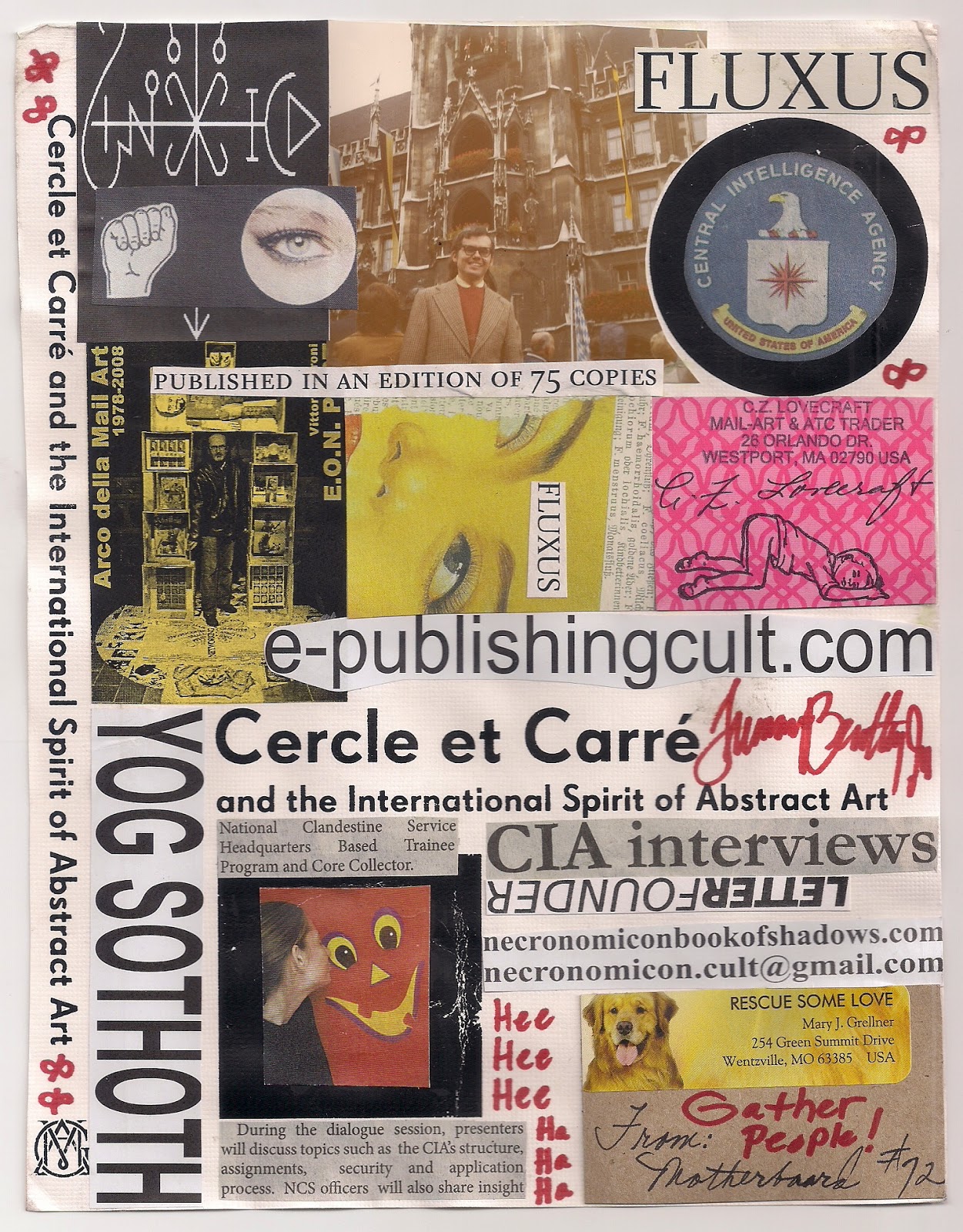 Posted by drosspriddle at 3:17 PM

"In his house at Muscogee County, dead Cthulhu waits dreaming."

The nightmare corpse-county of Muscogee [...] was built in measureless eons behind history by the vast, loathsome shapes that seeped down from the dark stars. There lay great Cthulhu and his hordes, hidden in green slimy vaults [...] until the end.

This is a very groovy collage. This was then but this is NOW. Where did TRUMAN amass such a treasure trive of photos?

Photo i.d. - the smiling dude standing in front of the Neues Rathaus in the Marienplatz in München, WEST Germany is Grigori in 1970-1 when he worked for an NGO before he became a bitter recluse. He used to smile back then. Those lapels were/are groovy.

Excuse me. I have to drain the main vein.

Drain in vain! as the Clash said.

But you would be a fool, to strain at stool!

Those lapels are truly peacockesque!

Truman Bentley, Jr. 's viewpoint makes no allowance for a religious belief system which can not be supported scientifically. The incomprehensible, cosmic forces which inhabit Truman Bentley Jr.'s philosophic art works have little regard for humanity as humans have for bacteria or viruses. Truman Bentley, Jr. an enlightened "mechanistic materialist" who proposes a controversial philosophy of cosmic indifferentism. Truman Bentley, Jr. believesin a purposeless, mechanical, and uncaring universe that human beings, with their limited faculties, will and shall never understand at any truly meaningful level, and the cognitive dissonance caused by this leads to what we call LEGALISTICALLY "insanity" ( as defined by various courts of law, lunacy commissons, etc.)

Religion cannot be supported by science. However NEW STATES CLEAN SLATES. The great libraries of the ancient world were turned to carbon. All necessary today is a computer program which SEARCHES and CORRECTS with NEW SPEAK. Thus we can change all IN PSYCH LOW PEDIAS-aka people as you have described as viewed by TRUMAN BENTLEY JR.

THE BIRTHERS. The totem pole has a terd for a head. Therefore science becomes meaningless when ZOOLANDER and HANSEL are in charge trying to get information that is INSIDE the computer. THESE GLASSES GOT MEDICINE IN EM'! Ha Ha Canada. Your next door neighbor is SID from TOY STORY and he has the RED PHONE.

"Just before we got busted in the desert", she said, " there was twelve of us apostles and Charlie." A week after the Tate murders, she was arrested with the family in the August 16, 1969 Spahn's Ranch raid. At the time, it didn't bother her; she later told Barbara Hoyt that she knew of 10 more murders other than Sharon Tate. Months later at the Meyers Ranch in Death Valley, Susan Atkins told her about the murders of Abigail Folger and Sharon Tate. Seven weeks later, she was again arrested with the family in the October 10, 1969 Barker Ranch raid. With the help of one of her sisters and her only mother, she moved on with her life. She was last reported to be living with her husband and three children somewhere in the Midwest.

I was interested even in playing professional football. I won track medals, you know. But nobody thinks of me that way. They think of me as, you know, some kind of bookworm because I have these big, black glasses, black-rimmed glasses, and they think of me as a bookworm and give me more credit for intellect than I have.

That is why you couldn't pass Algebra Class in Community College.

Go to KOLLIDGE so you can git uh GUHD JAWB!

So you can be 27yrs. old and still uh man child.

A degree in business management. CERTIFIED. But not competent enough to run a lemonade stand. Man Child! Man Chil. An eternal MMMMMAN CHIL!

Madea says it is FLERKSIS not pronounced FLUXUS.

An amalgamation of its own history, the youth of the West are left with consuming cool rather that creating it. The cultural zeitgeists of the past have always been sparked by furious indignation and are reactionary movements. But the hipster’s self-involved and isolated maintenance does nothing to feed cultural evolution. Western civilization’s well has run dry. The only way to avoid hitting the colossus of societal failure that looms over the horizon is for the kids to abandon this vain existence and start over.

WE ARE THE WORLD is not a lion running down a wilderbeast-wildebeast. EAT or don't EAT. That is the only god.