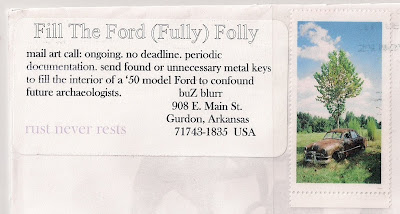 MELBAZAR LARVA VISION is the name of the Space Alien I communicated with yesterday. He has white milk filled blisters like a bent water balloon over both eyes like punk rock sunglasses, but these tube eyes are filled with a milk looking white liquid and what appears to be fly type writhing larve. Somehow the larve mature and replace his multiple fly eyes. Last night by the camp fire he told me the history of Space Alien EARTH landings. Space Aliens are here on this planet and have been here since the planet cooled. It is up to you to make proper contact with extraterrrrrestrials so they'll work on your behalf. Space aliens manipulate every aspect of every human day. It is up to you to succeed in this framework. Theo has become a MARTIAN wall mural designer. Slides of his work are projected on the interior of Space Alien ships and businesses on their planets. That is how Theo succeeds because he is backed by the Extraterrestrials. Old keys contain human DNA and the Space aliens use the keys to extract DNA to create replicants for use on their planets. Slaves of all forms. That is why the rusted car has an art call. It is a DNA SEED BANK. Those aliens in the MEN IN BLACK film carrying the cartons of cigarettes prefer redheads and blondes. Nasty little cricket lobster thingys those smoker aliens. Read more goon. Send stamps. Write:
The Newsletter c/o
Mentally Ill Person
TRUMAN BENTLEY JR.
3219 CARDEN DRIVE
COLUMBUS GEORGIA 31907-2143
BELIEVE AND BE SAVED!

He SEES the Artist exists as perpetual folly.

Those who take the teachings exemplified by DR. ZACHERY SCHMIFF seriously shall see the value of this key project. Dr. Schmiff would approve as he rests his delicate back. Others may give their key to the robot to place in the car. Think you NINNY! Dr. Schmiff is a SCIENTIST! Enter the trance state and let Dr. Zachery Schmiff make the decisions! For he is the conductor of the trance state. He controls those Robinsons like puppets! And you like Dr. Marvello must see the light! NOW TIP TOE THROUGH THE TULIPS!
Read mooooooooore. Send stamps.
write:
DR. ZACHERY SCHMIFF STUDY NEWSLETTER
c/o
UFO RESEARCH
TRUMAN BENTLEY JR.
3219 CARDEN DRIVE
COLUMBUS GEORGIA
31907-2143
And remember goons & goonettes. Only Truman's cousin has a hairneck and drinks HI-C from a rusty can in the fridge. For she alone is descended from TRASH from Virginia!

Unlike Truman, THEO is NOT related by blodd to TRASH from Virginia.

THE ROLLS ROYCE MIGHT RUN OVER YOUR SANDELS HIPPY!

Wallstreet tycoons should pass out BUTTER COOKIES for the protestors to put on their pinky fingers. Protest is wrong. Saying YES BOSS and bringing GREY POUPON on a tray to the ROLLS ROYCE "BETTERS" otherwise "WORTHLESS" people who lived to just stay alive to serve the royalty in that moment by bringing the tray of GREY POUPON. The RICH are all that matter. The other people are just GOOSE GREASE to help slide the pyramid stones in place to glorify MIGHTY PHAROAH! MOSES HUSH! Say AMANHOTEP! PPPPRINCE OF THE NILE!
LICK CAESER'S SANDEL! WORK CORPORATE DRONES! WORK! GET BACK TO YOUR CUBICLE! THERE IS A FACULTY MEETING ON FRIDAY! DON'T BE LATE!

Instead of filling the car with KEYS build a little bathroom hut beside it. People can DO IT in the hut. Then walk outside and flick their used CONDOM into the car. Fill the car with used condoms instead.

Nick Johnson send me a FLAT RATE package full of gibblets and chipped up mess. Two 1905 postcards were in it. I saved those. And a dime coin. The rest imeeeeeeediately went to the patio grill where all TRASH belongs.

Remember. Only POWER WOMEN can be artists. Not any men. And POWER WOMEN wear fur coats and latex skirts or pants. And they all have a CORELLA DEVILLE cigarette holder because they blow smoke on all peons.