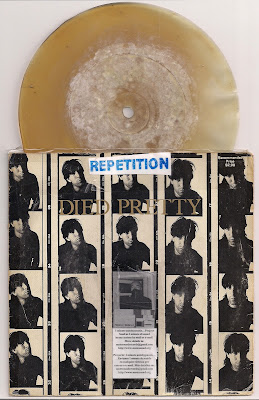 I dare you to bite a chunk out of that disc and chew it up into a paste.

This TOE FU disc is made from the end of day gruell vat KAMAGICHI filtering of pedicure TOE FOOT SCRAPPINGS from "NAIL TOP #1", Calgary's number one foot pedicure and hair weave shoppe. The salty brine is made with DELISH and 100% all natural TOE FOOT FLAVORINS'. Ross seeks several Korean ladies to masticate the mixture into a paste to fill the new waterbed he just purchased from GUTHRIE'S BLACK LIGHT INCENSE EMPORIUM. Chewed paste does not make the BLOOP BLOOP sound during movement which disturbs sleep. Salty foot brine also stays consitent as a paste. Especially when used as an UNGENT THUNCH FROM A MAN NAMED WAYNE. Pangender approved by both singers RUPAUL and HERVE HERNANDEZ LAXATIVE. See them in their new film "CODPIECE" by E. Eddie Eastman and Enrico Kodak.