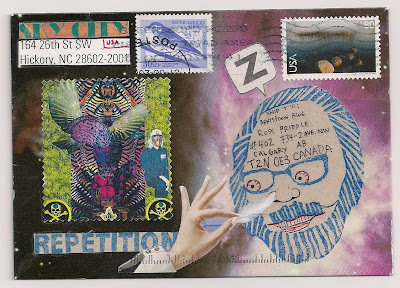 Sky City Scott
Posted by drosspriddle at 10:58 AM

My computer is so raggedy I can't even open the SKY CITY SCOTT link. My computer is as bad as the telephone on top of the pole on the TV show GREEN ACRES.

HEY 99% PEOPLE! THE 1% OWN YOU BITCHES! Poor? No job? SAD? FYBRO-MYALGIA? BLAME YOUR MOMMA! She let the wrong juice get in there no matter what the reason and no abortion so YOU are here! If she had of married a Donald TRUMP or similar genius rich get up and go hansome atheletic covering all bases REAL MAN! You would be happy and successful. BOAT PEOPLE come to America and make it with NO COMPLAINTS! You should blame your HEAD! Because your head is full of triflin' complain' blood suckin' LAZINESS! This is AMERICA! NOBODY is controlling your destiny but YOU yuh BOZO THE CLOWN! HOWDY DOODY MISTER GREEN JEANS! Your crop failed because of YOU! The AMISH don't have no bail out help me woe is me attitude! The CAVE MEN NEVER HAD A HAND OUT! And they fought off SABER TOOTH CATS to extinction! WITH ROCKS AND STICKS! SO SSSSSSHUT THE FFFFFFAH-K UP! YOU PANTY WASTE BUNCH UH SORRY LLLLLLLOSERS! You got a freakin' CELL PHONE! THE WRIGHT BROTHER BUILT A PLANE OUT OF BICYCLES! THOMAS EDISON BUILT HIS OWN LABORATORY! GEORGE WASHINGTON CARVER AND BOOKER T. WASHINGTON HAD NO BANK LOANS! GET OFF YOUR AAAAASS AND WORK! THERE IS 24 HOURS A DAY! DO SOMETHING! GET YOUR HANDS OUT OF YOUR PANTS! GO TO WWWWWWORK!

Sew thread in your nipples.

THE BIG ROSS FOREHEAD CAN HOLD AN ADDRESS. IT IS LIKE CHAKA'S FROM THE TV SHOW

LAND OF THE LOST

The christian god is pus.

Look at the eyes of Ross the artist has depicted. They say CCCCCCRAZY! Listen to Ross Priddle for he is the world coordinator for aaaaall the DADA DODO's. They are just paper. And, the great WARHOLIAN ROSS is the conductor of the FLUXUS ORCHESTRA! So be quiet and obey! For ROSS PRIDDLE DECIDES if you are DERRIDA or NOT! SHAMMMMMALAMAMAMA! HAIKUUUUU!

Christianity is a bull shit religion. They wanna put anyone in hell who disagrees with them. They want to tell you that you can't do this or that. Well their god can drink shit! All of you christians telling people you are going to hell can drink shit!

Yahweh Jehovah god is a two cent punk ass mofo! And aaaaaalll of his followers. Lilith is better and all the pagan nudity genital gods.

THE SPACE POD! ITS GONE!

That is a magick white VOODOO FEATHER. If Ross looks at that picture it will make his nose tickle like HICCUPS! Don't look at that magick feather Ross Priddles!

Get a taxidermist to preserve a pig head hollowed out as a mask. Be the PIG MAN. Wear it as you ride a bicycle around town. Become LANCE ARMPIG.

Five miles away from FT. BENNING all morning you can hear the steady shelling of artillary and mortars. They have been practicing all morning long. Some days you can hear steady automatic weapons fire. They like to use artillary in the Fall weather. Or perhaps they are practicing for something coming up over seas. It has now been 2-3 hrs. straight. Mixed in are an occasional extra loud one. Anyhow they are tearing it up. Just thought I'd let all the peace creeps know what the COWBOYS are playing today. See, you WALL STREET PROTESTORS are stirring up the world politic stage and now the big boys are practicing. There has got to be a reason Germany isn't helping out Greece. They know something. They got something, THE BIG BOYS of the world going. Maybe they preppin' for Iran. Is it IRAN? Fox News is saying the Wall Street Protestors are anti-semetic. Maybe they are preppin' world sympathy so America can adjust Iran so Israel won't have to do it alone. Christmas sales might be shabby this year so they might start a new campaign to get the economy tweeked. After all those stimulus dollars didn't work. The only other thing governments try is a military campaign. Watch the world news. Where is the next United nations approved intervention?