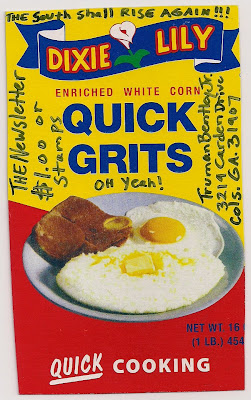 Those are PURE SEX GRITS!
We LOVE HIM!

Those are PURE SEX GRITS!
We LOVE HIM!

Dr Burchamp brought in GRAHAM CRACKERS and milk for my team at the PSYCHOLOGICAL FACILITY tonight. He said my group did great today conforming to treatment.

Dr Burchamp brought in GRAHAM CRACKERS and milk for my team at the PSYCHOLOGICAL FACILITY tonight. He said my group did great today conforming to treatment.

Dr. Sane hates the EFFETE because the feminine he sees as decadent. Dr. Sane is one of those men who when BOY GEORGE first came out they were COMPELLED to peruse the local record shop with the ruse of looking for some obscure record while passing by, looking, and when caught feigning shock and disgust at the image of BOY GEORGE on the cover of records, posters and magazines. Actually the image of BOY GEORGE when he first came out is the mental archetype of the PERFECT WOMAN'S LOOKS in the mind of all men like Dr. Sane. The sports jocks, macho types get wood at every glance of early pictures of BOY GEORGE. They deny it. They hide the fact, but the fact is early BOY GEORGE images makes them feel SEXUALLY ALIVE! So much they get wood each time KARMA CHAMELEON is played on the radio. To this very day! The key to BOY GEORGE'S early success and fame was the CLOSET LUSTERS, the DR. SANES the world over who bought the photo covered LP's, posters and magazines. Its the TRUTH. Dr. Sane is not EFFETE, but he would lick BOY GEORGE. You can believe it. Dr. Sane also only wears male approved clothing styles like commonly seen worn at all sport events. Dr. Sane was so self conscious in school he didn't even get any form of a slight rebellious haircut. Dr. Sane is so UPTIGHT you could shove a lump of coal up his ass and a diamond would come out. Dr. Sane would even feel embarassed in a crowd his identity completely hidden behind a Halloween costume. Dr. Sane is a little-big man. His safety, his lather, his SECURITY is in pointing OVER THERE while defining what is A REAL MAN. He loves and is comfortable around all men who behave macho like bull's in china shops. He wants to be around HARRY CAREY dried up old sports announcers and his dream world has women who look like NANCY LOPEZ and he wants to look like ARNOLD PALMER and DEAN MARTIN half lit drunk and smelling of cigarette. Heaven is a place. He calls it THE VILLAGES in Florida where on his retirement HE CAN LIVE LIKE A MILLIONAIRE. Dr. Sane brings nothing to art. His postings are lame and stale. Everyone who reads a DR. SANE posting is in total agreement. He is lame and stale. He reminds one of the types who complained about every new Beatles song that came on the radio. He really loves JOE NAMUTH though. Especially in pantyhose. But Dr. Sane's real VIAGRA and CIALIS is early pictures of BOY GEORGE. Dr. Sane is DONE in about thirty seconds upon hearing DO YOU REALLY WANT TO HURT ME. Boy George is pure woman, the perfect sexual female archetype engraved on Dr. Sane's libido. Boy George drives Dr. Sane WILD! He'll probably be compelled to go whack after reading this.

Somebody out there is still beautiful no matter what.

Look at that runny butter and red rust looking oily juice dripping off that salty ham. Eat some while WORKING on SATURDAY!

Ross prints THE NEWSLETTER at CALGARY LINOTYPE & ENGRAVING 3221 Ponce DeLeon Ave., Calgary, Alberta, Canada, 4L A3C
The Newsletter is distributed in all major Canadian cities and provinces. Ross has subscriptions proceeds deposited in this account
THE NEWSLETTER LTD. c/o
FIRST SASKATCHEWAN CHEQUE BANK.
This is how Ross funds his lavish parties and hands Theo wads of cash to return with the van filled with MOOSEHEAD BEER KEGS and bottles of California wines. If you have not been invited to Ross' lavish NEOIST PARTIES where its OPEN NEWSLETTER READING NIGHT, it is because you are not good enough to have been invited. A Ross Party is only for the ELITE ARTISTS. Each party is opened with a video live broadcast message on the big screen TV from TRUMAN BENTLEY JR. This is the main event of each party before the BACCALA begins!

Hear me now, I will NOT evaluate You-Know-Who for his much desired SRS, that would be a conflict of interest. I will make a referral, I know a psychoanalyst who's very good with these difficult cases.

When I come to pow-uh allllll the people are going to be forced to eat dat cawntreh breakfuss! Grits with real butter, salt and pepper, with eggs and juicy salty drippin' cawntruh salt poke ham!

Dr. Sane loves grits. It reminds him of my salty bed linen soaked in urine.

Now a little song from
THE MAGICK WITCH.

Ross is now performing WITCHCRAFT RITUAL SPELLS OF POWER. Instead of the traditional pentagram he has created a cloth floor roll out mat with a NINE FOOT MAPLE LEAF. The newness of this symbol draws power to all of his spells. Winter is coming. Ross has written the names of all his enemies on little strips of paper. Using left over sticks from the TERYIYAKI CHICKEN he gets several times a week he washes the sticks to be fresh. Then he places a piece of his solid waste on a swatch of fabric. Poking into the log he inserts a strip of paper with a name on it. Then the cloth is rolled up around the log. Carefully he inserts the roll into a plastic two liter soda bottle. Reciting a CURSE CHANT he then ritually fills the bottle with sand covering and trapping the log with name in the cloth beneath the sand. This part of the RITUAL sends STIFFLING-SMUTHUH into the life of the person JINXING them with the weight of the world. Then he melts wax from a BLACK CANDLE into the lid of the bottle and twists it tight shut. Essentially now Ross has a BOAT ANCHOR. The Canadian waters are cold and before they ICE OVER he paddles out in his row boat and drops the bottle into the depths of a lake, stream or river. Forever trapped is the name on the strip of paper. This truly is NEOIST and ASEMIC ART WRITING. Each beard hair of Ross has a purpose. He has grown his beard to create electrical current. Combing his beard as he THINKS CURSE HEX he shuffles on the carpet and touches the door knob with the strip of paper and his finger causing STATIC SHOCK. This brings LIFE to the name on the paper. Like a RADIO SIGNAL it sends THE MESSAGE to the AIR to cause HEX-JINX-CURSE each day to those he has put under his spell. Now wasn't that a nice little stow-ree. Believe it. For magick is real. And Ross Priddle is KING OF THE WITCHES OF CANADA.

Jennifer Kosharek is about the most complete perfect woman. She is cool. Plus she is extra cool. Besides that she is totally
neat-o. The cool thing is there isn't another woman ever in the history of woman who is as cool as she is. Plus she is sort of goofy which makes her even more coolerer.

J______ K_______ is about the most complete perfect woman. She is cool. Plus she is extra cool. Besides that she is totally neat-o. The cool thing is there isn't another woman ever in the history of woman who is as cool as she is. Plus she is sort of goofy which makes her even more coolerer.

Okay. Unless Jennifer says its OKAY I will not post another complement about her. But if she says I can complement her then I will occasionally post nice complements. Dr. Sane you gettin wiggy ain't you?

Why don't you compliment some ladies Dr. Sane. Oh, I forgot you like "WELL ADJUSTED" young lads.

Grits - minced corn for the mincing, prissy, and effete.

Joe Namuth? Namuth? Only the mincing, prissy, effete man would misspell the name of the Crimson Tide's Ole Number 12.

Does anyone have an address for the NEWSLETTER?

Dr. Sane eats Scrapple with fancy pants Worcester sauce. Oh he's a rascal, and a scoundrel. He gets special recipes from the NEWSLETTER and substitutes whole grain arugula for grits in each and every instance. Dr. Sane also likes to read the personals in the back but he doesn't reply from the heart, he scoffs and mocks the connotations placed in the advertisements by the true fans of the NEWSLETTER, he calls them names and chortles with his Wall Street cronies while they sip spiced wine from golden jewel encrusted chalices from distant lands. Dr. Sane won't even stoop to peel a grape for himself, he deems himself too important for this mundane task and demands that a lowly cracker butter his bread so to speak, he's not a true confederate of the working man, he's a self proclaimed proto-diety looking down from on high.

Building block of a psychotic day.

From now on I promise to take my meds.

People in the camps can be disemboweled like a fish. Shaved. Then tossed in a vat of boiling buttery grits. Hours later the meat is tender fallen off the bone. Slightly cooled it can be served to TIGERS, LIONS, and the ROTTWEILERS.

Make a documentary film about Grits.