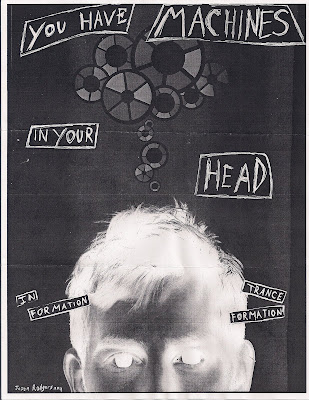 He has the eyes of Barbara Streisand as YENTAL.

This would make a BETTER INSTALLLLLLATION than all the mess of all flux-fools combined. As they pick the eg-zema of ray johnson they accomplish nothing but the validation of their triflin' sorriness.

The harpsichord is the chicanery
pee-nanna!


Collect them. They are the PEZ!

Ross. Locate photos of all the images of KAT VON D's body tah-tools. Then have your body covered in the exact tahtools in the same locations. Then go by the name

The reason the troops are pulling out of IRAQ is to be out of range of iranian nukes.

30,000 troops in IRAQ are in striking range of iranian nukes. That is the only reason for the pull out.

The negative image face is the young WARREN JEFFS.

All Chris Chins and Skuzz Dumbs should be made into sausage casings.

Jesus loves to fish for men.

Thanksgiving is wrong. Those filthy sports games on TV and white trash fat pig relatives after feasting and dukeying go out in the yard throwing footballs. Ugly grannies and big ugly SUV's and trucks all parked out front. They all need to be cuffed up and put on the train to go to the Siberian gulags. GULAGS are love! Their property all material items need to be ground up. Return wild nature with ferocious lions and tigers. Man needs to clock out from planet earth. Man and his god are filth! Absolute filth! Jesus was born in a cradle of filth. Jesus of nazareth is the greatest of all trash!

Humans need to be punished!

The best part of the newspaper is the obituary section.

Humans must pay for their destruction of wild nature.

Teach home abortion and Kevorkian style self opting out!

The only good people are found in cemetaries.

Jesus Christ is nasty. He has salty balls up under that robe. Running around in sandels with all those hairy sweaty men.

GOD IS THE GREATEST EVIL.

Everyone shall urinate in a sauce pan. The urine shall be boiled and poured down the throat of jesus of nazareth.

GOD DOES NOT LOVE YOU!

GOD DOES NOT LOVE ANYONE!