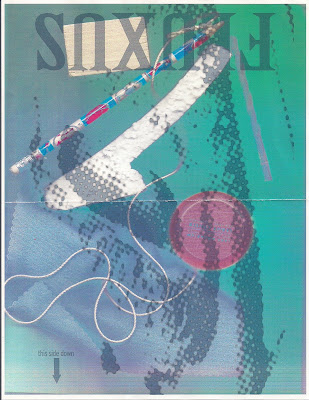 Somnolent Shelter
Ratskin Records
The This Project
Posted by drosspriddle at 11:03 AM

Got a card from ROSE RICARD today. Water spots blurred the address. Do you have it?

hmmm, nothing from Rose Ricard yet... any other clues?

Might be on those WALL STREET PROTEST sheets from SUPERHERO. I already passed on the ones he sent me. I think it was on those address lists.

Might be on those WALL STREET PROTEST sheets from SUPERHERO. I already passed on the ones he sent me. I think it was on those address lists.

Maybe on those WALL STREET protest mailing lists SUPERHERO sent. I already passed mine on. Look on those if you have them.

Maybe on those WALLSTREET PROTESTOR mailing lists from SUPERHERO. Check those if you have them. I already passed mine on.

!!!!!!!!!!!!!!!!!!!!!!!!!!!!!!!!
ATTENTION! PEOPLE OF THE WORLD! Anyone who has lost a loved one or parent. Them telling you they "loved you" with their last dying breath in hospital. Is not as valuable or lovey as
TRUMAN BENTLEY JR. placing his bare bottom on the top of your head and farting. In fact it is more BETTER and VALUABLE that an actual hug or kiss from
jesus of nazareth.

CAN YOU FEEL THE LUV!

NOW THAT IS ART!
BBBBBBBBB-ITCH!

That's the address I think.

If I had this original piece of art work I would get a jar and a stick and use the FLUXUS art work to scoop up dog shit in my back yard. Tapping the shit onto the art with a stick then tilting the art to drop the shit in a jar. A few times the art would be wobbly so I'd toss it into the garbage can. I'd put a lid on the jar and tie a red ribbon around the jar of shit as a GIFT for your MUTH-UH.